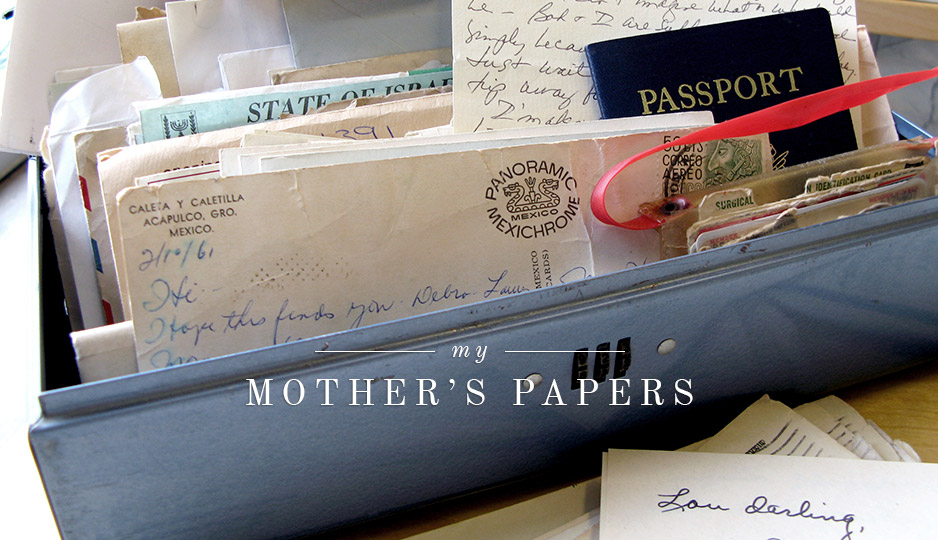 Recently, my 12 year old daughter mentioned to me how she loved the sound of the paper in her class notebook. Not the new crisp and pristine sheets, but the ones filled with her notes, class assignments, scribbles, and names of boys she thinks are cute. She said to me, “I love the sound it makes when I turn the page.” It surprised me that she noticed the mere weight of ink gave them a different sound and tone. An interesting observation from a digitally savvy 12 year old.

Being the daughter of a woman who could not to bear to throw anything away, I grew up surrounded by paper. Not the gorgeous kind we sell. Rather bits and pieces of previously used items. Some of my earliest memories are of my mother doodling while she spoke on the phone…drawing curvy images from the likes of fashion magazines to elaborate scribbles that filled the backs of envelopes, shopping lists, and whatever scrap of paper that happened to be sitting by the phone.

In more recent years, whenever I spoke to my Mother on the phone, after the lengthily discussion about her fabulous grandchildren there was always some reference to her task at hand, the organizing of “her papers”. In my naïve estimation of my mother’s organizing skills, I always assumed that she was trying to sort out her junk mail from her bills that were always wedged between her kitchen phone and her personal phone book. Next to her prized, Bed Bath and Beyond 20% off coupons and the many requests for donations that she actually read and responded if in some small way. We begged and prodded that she immediately toss the junk mail as it arrived, thinking we were giving her great daughterly advice.

When our mother passed away suddenly, one month shy of her 81st birthday, we began the task of emptying the home we grew up in. We found “my mother’s papers” waiting for us like a warm embrace. As the papers that my mother had been so obsessed with organizing, were actually time traveled treasures from a distant past.

They were the correspondences between my grandfather and his family that he had left behind in the Ukraine at the tender age of 16, written long before the war that would wipe them out.

They were elegantly penned condolence letters to my grandmother on the passing of my grandfather, they were the youthful love letters from my father to my mother, while he was on duty, during World War II, and hundreds of well written thank you notes, holiday newsletters from the east coast family and neighbors that remained in touch, my uncle’s graduation announcements from medical school and the multiple congratulatory letters from the birth of my sisters and me. Our handmade birthday, Mother’s Day, Father’s Day cards replete with stick figured drawings from early childhood…most of which were written by hand, in the unique penmanship of each writer. Her collection documented her life, and the lives of the senders. A testament to a life well lived, a life well loved.

It will take us quite a bit of time to get through this treasure trove, as there are decades worth in her closets, stored in boxes and bags and drawers throughout her home. Hordes of well-crafted sentences from those who had no fear of a blank sheet sit waiting for us to discover. Still, it feels good to be amongst her things and to immerse ourselves in our collective history.

I realize that I too am taken with the sound of paper.

The Faintest ink is Greater than the strongest Memory - Chinese Proverb.

I plan to leave some papers of my own.